This is next in my travel series. Iceland is the land of vikings and elves. At least that is what everyone looks like. Seriously put a hat on them, give them a sword and you would naturally expect some sort of pillaging behaviour. Iceland ended up on my itinerary as it has the unusual pleasure of being located on a divergent plate boundary. For the non-geologists out there, this is an unusual scenario as divergent plate boundaries tend to be in the middle of oceans. In Iceland you can scuba dive the rift, which sounds amazing but I didn’t do it as I freak out when my head is under water. Like….in a swimming pool.

You can also catch an elevator in a magma chamber which also sounds amazing and again….I didn’t do it. What did I do?……Well Iceland is amazing because you don’t need to go out of you way to “do” something. Everywhere is severe, untouched and gorgeous so we happily just drove around and took it in. One of the things that confused me prior to arrival was that the whole countries population is the same size as the city I live in. Once I was there I finally understood. There are barely any people around which it turns out…..is AWESOME! 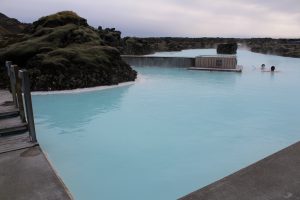 After a week of being a tourist in London it was a huge relief to be somewhere much quieter and spacious. This is one of the best things about Iceland. The environment feels pristine and empty. There isn’t even any really old buildings.  Hubbies theory is that until recently everything sucked and people died all the time. Since 25% of the population starved in the 1783 due to a volcanic eruption he may have something there. Now that there is geothermal heating and electricity it is effing awesome. There isn’t much to eat except ponies and seafood but that is fine because they are delicious! 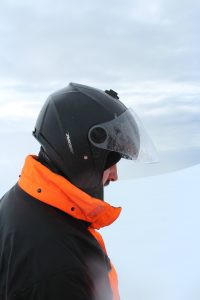 Once we landed in Reykavik we drove south for a couple hours to Hotel Ranga, which is near some glaciers and gorgeous scenery. You couldn’t actually get much further south due to road closures because of snow….in Spring! After a few days there we worked our way back up north to stay of the Blue Lagoon, which is heavily advertised as one of the most amazing places on Earth. More to come. 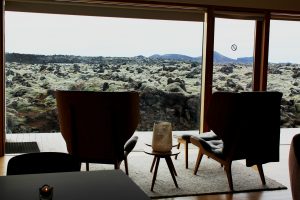